Mobius Arch (and working with what you have) 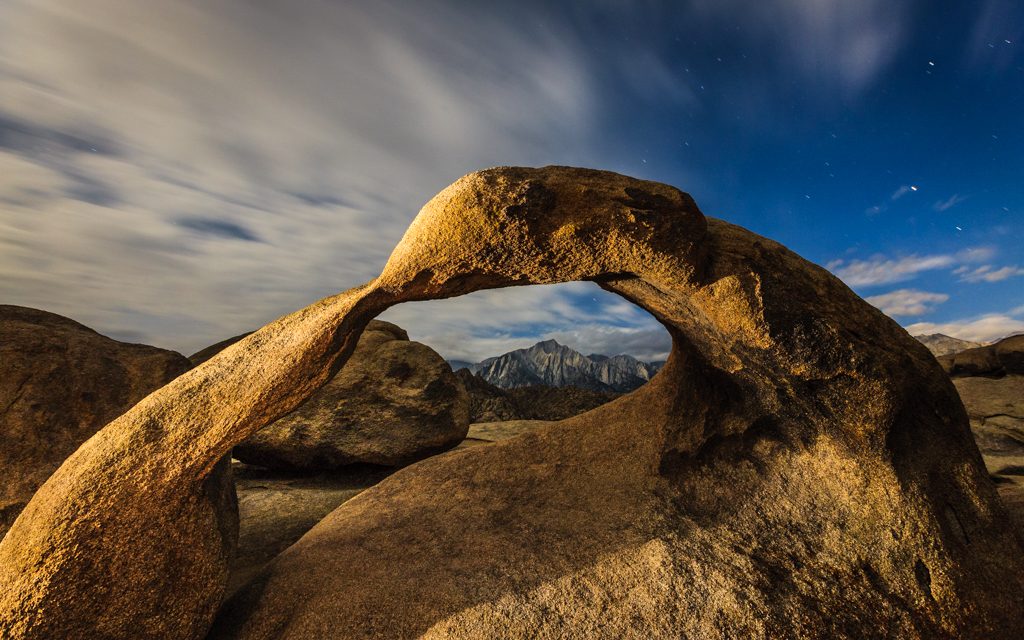 One little secret about photography is that there is ALWAYS a way to get a good photo, you just have to work at it.

I found this true a few years ago in a neat little area in California called the Alabama Hills, in the foothills of the Sierra Nevada mountains. It is a rugged, bolder-filled area filled area with some really beautiful natural arches. Hollywood loves the place, and has filmed everything from the old Lone Ranger TV series to Iron Man there.

While traveling through I thought I would stop in, pitch a tent and spend the night, and hopefully get some decent shots. As I drove in, so did the clouds, unfortunately.

There is a famous little arch there called Mobius Arch, so I hiked out to see it.  The sunset was cloudy and the light still flat and ugly, so I pretty much got nothing. (See photo below). 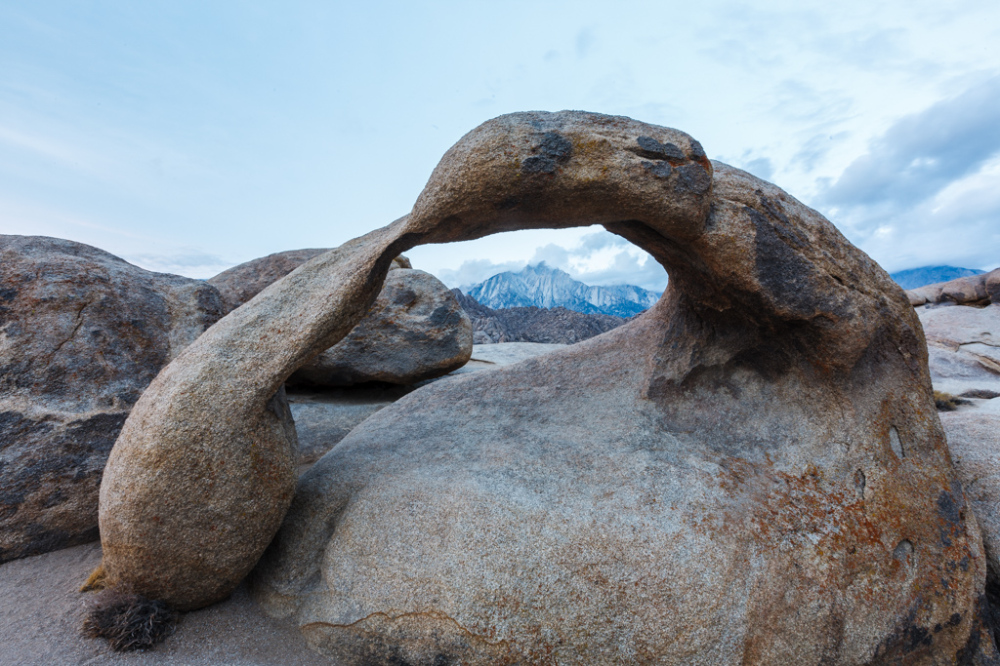 As the sun set behind the clouds, I sat back and waited for dark to come so I could try to “light-paint” the arch, hopefully with some stars. Although the clouds never fully left, it did give me a few peaks at the sky. Using a small flashlight covered with a warm gel, I painted in some light around the edges of the arch to give a little contrast and drama. Definitely better! 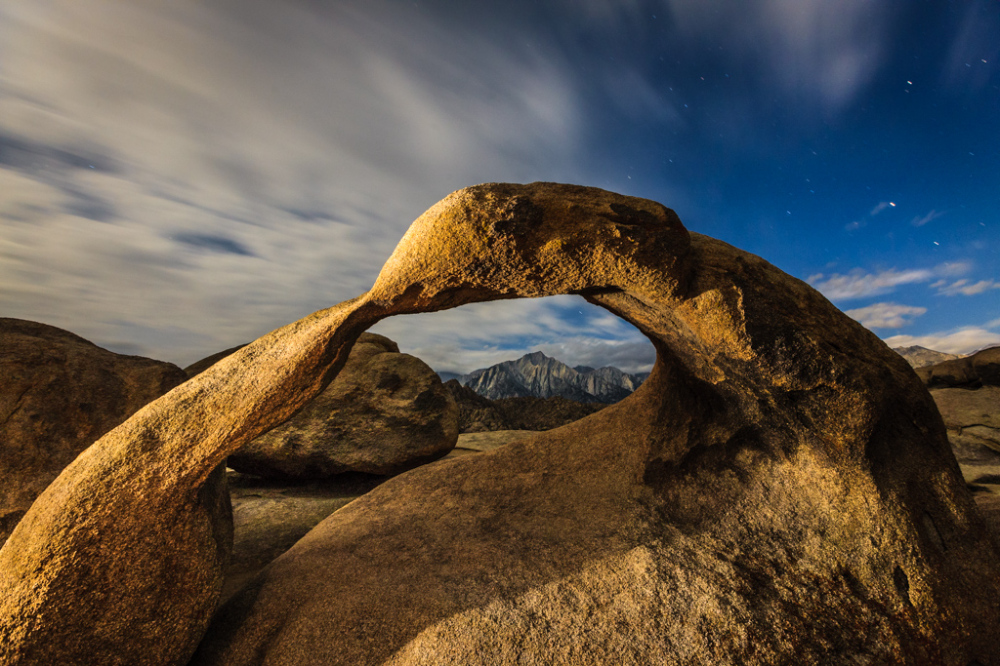 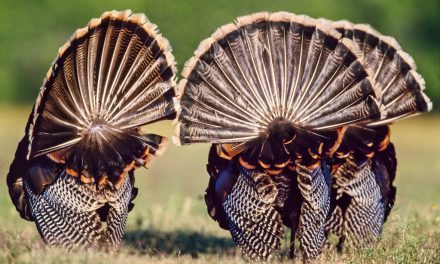 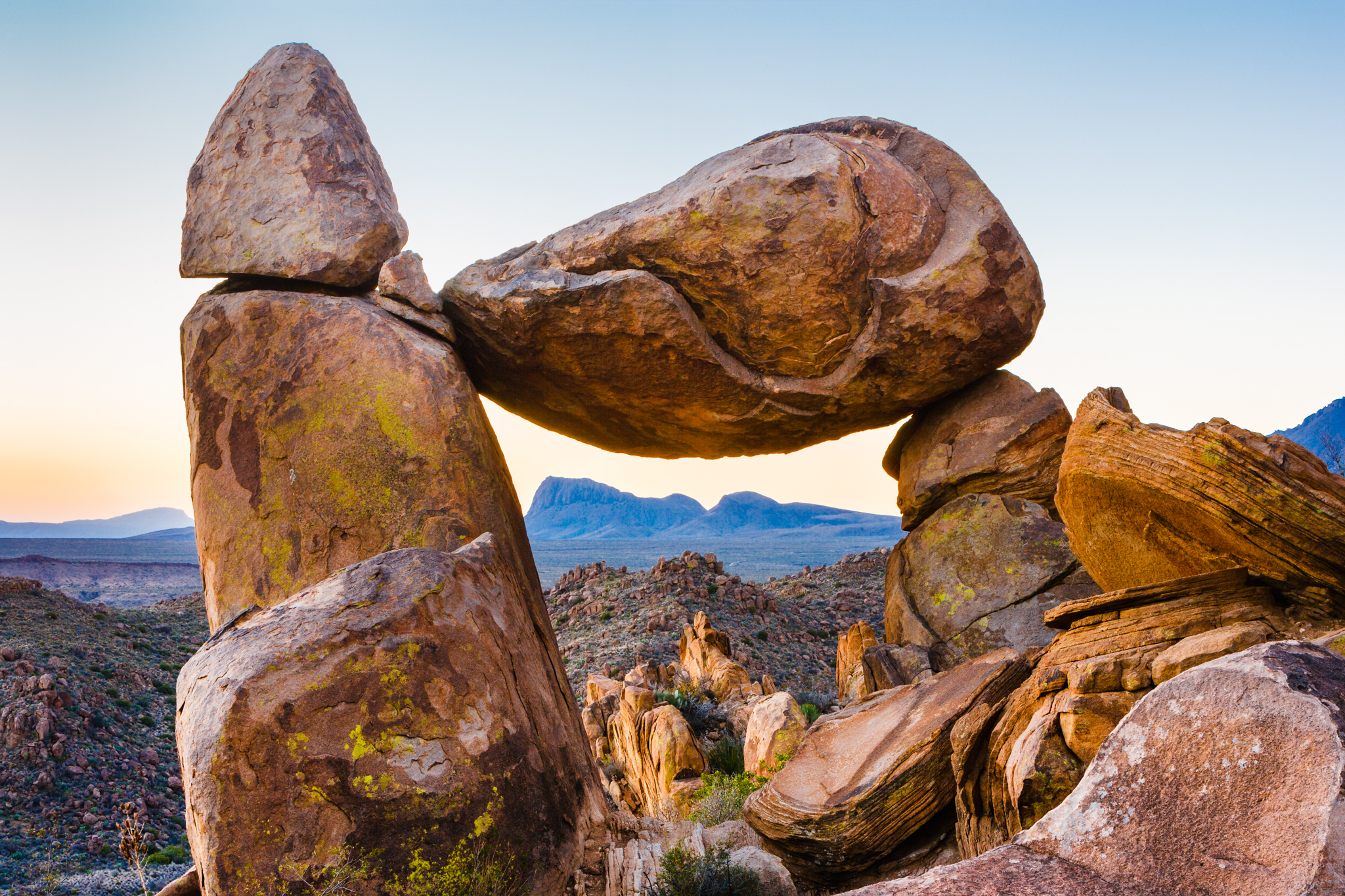