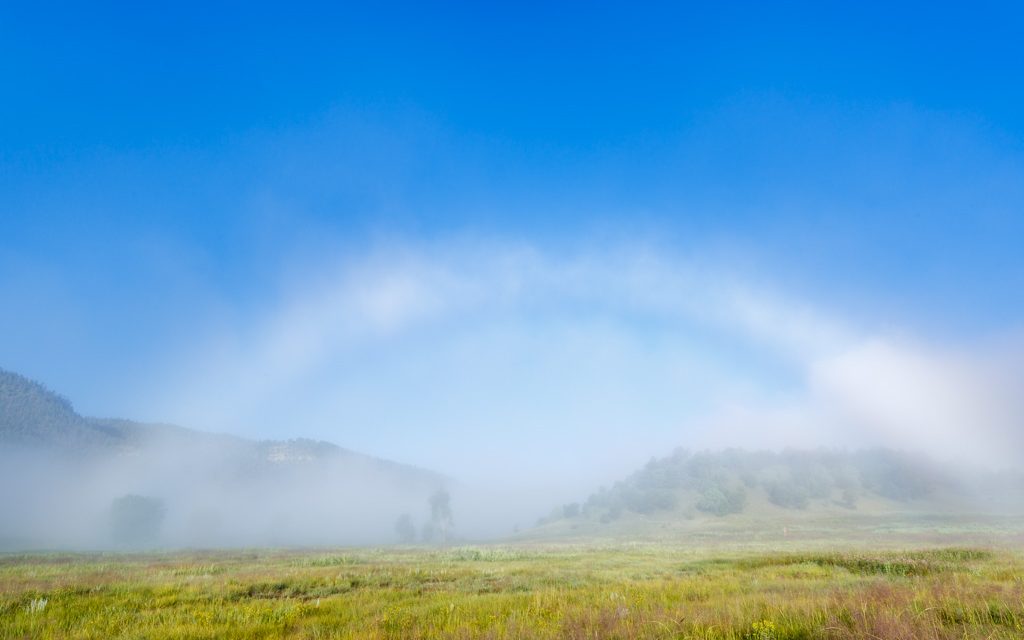 I  was at Vermejo Park Ranch last week to lead a photo workshop and it was a lot of fun. The first morning after I got there to prepare for the workshops was very foggy and beautiful. As the morning went on, and the sun came out, something weird happened – the lingering fog briefly connected into a rainbow made of fog. I have never seen that before, but I got some images before the fog dissipated.

I looked up what this was on Wikipedia and learned that it is an atmospheric phenomenon called a “fog bow” or a “white rainbow”.  The whole thing lasted just a minute or so, and then it was gone. 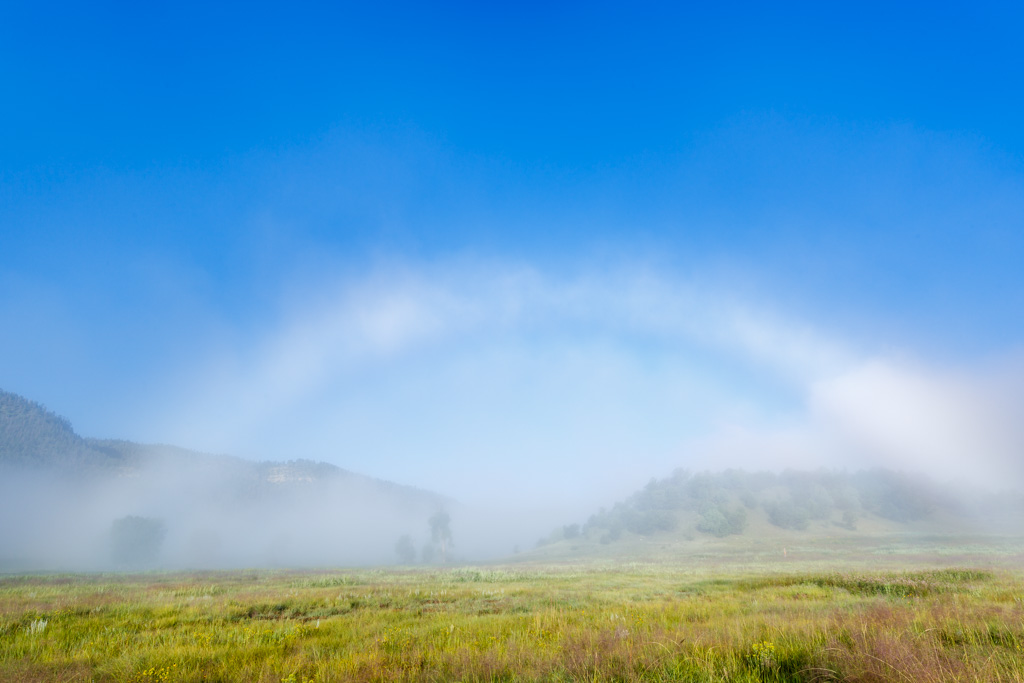 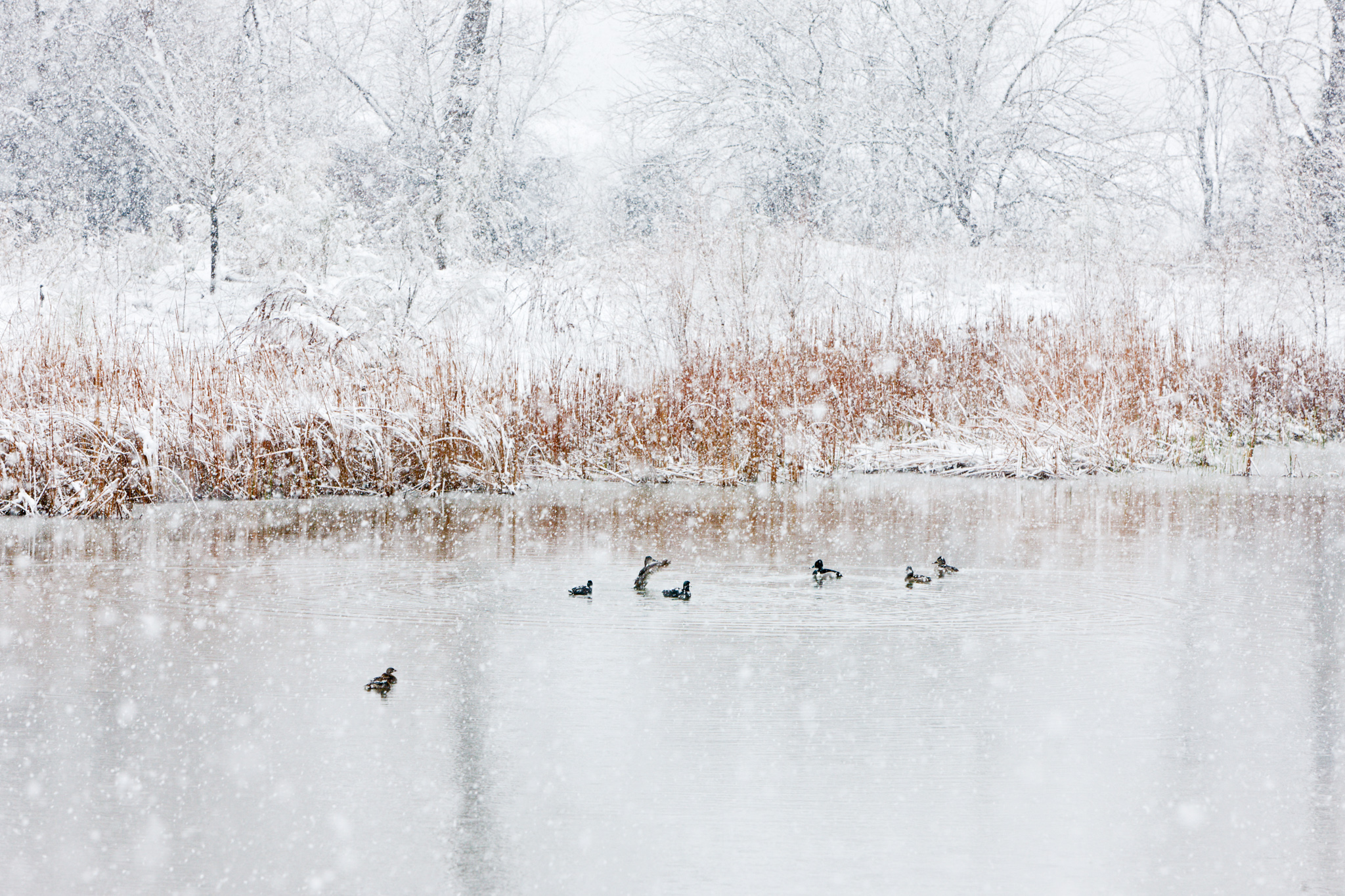 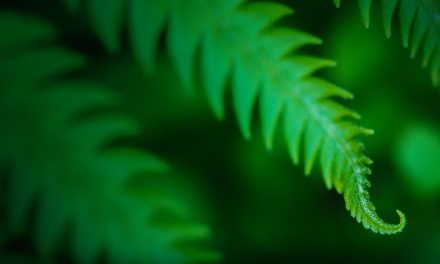 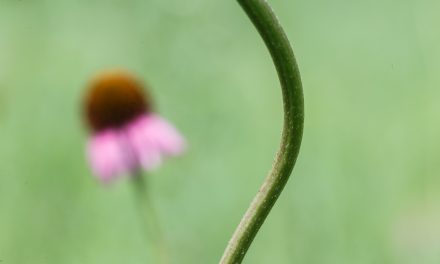 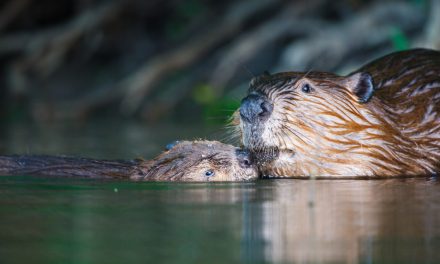